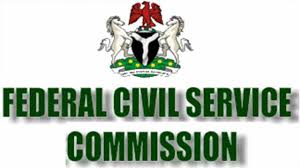 The next accessible rank is that of a credit analyst who are paid six hundred and forty-seven thousand Naira per month. That hits over seven million per year. The most difficult to access position in the Central Bank staff structure is the branch manager position. This is due to the fact there are not many Central Bank branches in Nigeria. A branch manager (where on exists) in Central Bank is paid seven hundred and thirty-two thousand Naira per month. This averages above eight million Naira per year. All accounting students are likely salivating while reading these figures.

The Federal Inland Revenue Service is another federal agency who are quite secretive about their pay packages. There is no limit to the reach of technology though. Information has it that entry level staff are paid between a hundred and twenty thousand and a hundred and fifty thousand Naira monthly. On promotion to Officer One, the pay package goes up to between a hundred and sixty-seven and a hundred and eighty-four thousand Naira. Unlike most of the other salary packages, the Federal Inland Revenue Service have no other remunerations apart from the salary. Thus, all figures given are non-negotiable in the upwards direction.

This is another federal agency which is quite secretive about their pay packages. At least. It was possible to get at their entry level salaries (level eight). It is reported that entry level staff at the Nigerian Maritime Administration and Safety Agency earn between two hundred and two hundred and forty thousand monthly.

It was quite difficult to get at this as most of this Government agencies are quite secretive about their salaries. Information has it that Asset Management Corporation of Nigeria pay around one hundred and sixty-seven thousand Naira monthly. Said information cannot be independently confirmed. Thus, it is not clear, at which level said salary accrues to.

Although it is difficult to get at salaries of most government agencies, that of the Nigerian Ports authority was a little bit easier. Over the last few years, there have been various advertisements of job vacancies at the Nigerian Ports authority which advertised the attached salary. A counselor in the health, nursing or social care department can expect at least four hundred thousand Naira per annum. An IT or e-business manager can expect an accrual between four hundred thousand and six hundred thousand Naira per year.

For those students who are interested in going for federal government jobs after graduating, here is a list of the best government bodies and agencies to work in Nigeria.

The following is a comprehensive list of federal government agencies and parastatals in Nigeria.

Thank you for your time. Please if there are government agencies you know of in Nigeria that hasn’t been mentioned here, feel free to mention it in the comment section. You should also ask any question you have in mind, we may be able to answer it right. Do not forget to share our post on social media. Peace.